Pinterest So I have been playing Pokemon Go from last two weeks like any other players all over the globe. As someone who loves to play games, I was excited about the new concept of the Pokemon Go. It was a breath of fresh air. But all my excitement was down the drain as the reality hits me. 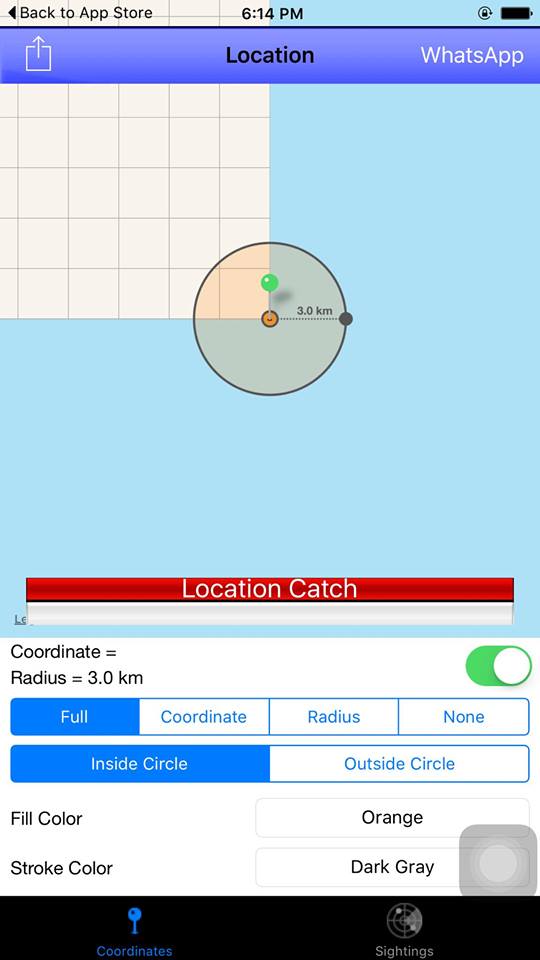 Fake GPS Joystick for Pokémon GO on iOS without Jailbreak

Pinterest So I have been playing Pokemon Go from last two weeks like any other players all over the globe. As someone who loves to play games, I was excited about the new concept of the Pokemon Go. It was a breath of fresh air.

But all my excitement was down the drain as the reality hits me. There are many obstacles pfft.. So I decided to dig again and found a method which I missed before. So I decided to shout out my experience and address the issues which I faced. Do note that you need Marshmallow android version on your device to use the app. There is no need for rooting required for it. Oh, I forgot about the new tracking system update of the game.

It was easy before to play Pokemon go without moving , using Pokevision. But since many old Pokemon tracking sources are down, I also added a working Pokemon tracking app down below, which goes hand in hand with Fly Gps. The following trick is no longer working due to the removal of features from the app. No rooting required.

You can unlock it by tapping on Build Number few times. You can see the detailed steps here. Now you have to enable mock locations. Tap on your desired location on the map. Do not select locations outside of your city, You will get banned. Tap the Please select the menu over the red marker. A menu will pop up. This will enable the joystick.

You can now move around the map with the joystick. No wall can stop you! Are you addicted to Pokemon Go? Things To Look Out For: At first, I struggled a little bit in using the joystick along with other few things. Make sure that game compass is properly aligned like shown in the above image.

Otherwise, your character will move in a different direction than what you intended. The joystick location can be changed. You can drag it to anywhere on the screen. Sometimes while changing the joystick position, the joystick will be closed. I will say it again, Do not select locations outside of your city. But if you still want to use another city as a location, follow the road. Play the game and let the server know your location. Select the location after it and start the game. The easiest method I found to hatch eggs is to follow the road.

If you keep walking through buildings just to reach a location faster, the distance will not be counted for eggs. Restart the game time to time. When you keep move to different locations, the nearby Pokemon will be bugged.

It will also help when the required km to hatch an egg is not decreasing. There is an only option to enable mock location.

The trick only works in Android Marshmallow. Any other versions of Android are not supported. The error occurs due to various reasons. Try out few things below.

Use a better Internet connection. If the connection is slow, you will get this error. Make sure your device is supported by Google and have all needed google apps like play store, maps, services etc. The Fly GPS relies on these google apps. Alternate Method: You can now close the Fake GPS go app. This will only work if your device does not force closes game during the whole process. Hope it will solve the errors for you if it occurs. The Smart Poke is back, packed with more features than before.

The app has been removed from the play store, along with another tracking apps. Smart Poke 2 is a Pokemon tracking app which is available in play store for free. It has many features to track Pokemon which comes very handy. For example, notifying when a rare Pokemon is nearby, background Pokemon scanning even while the app is closed, filtering Pokemon etc. There may be other alternatives, but I found this app perfect for the time being.

So what you need to do is: Create a Pokemon Trainer Club Account. You will ned it to use the app. Set the Refresh Delay as you like. It is to set the time interval between each Pokemon scans. Now close the app since it can scan in the background. Open the Pokemon Go. Move around a little bit and you can see the notification from Smart Poke 2 about nearby Pokemon. Tap on notification and it will show you the exact location of Pokemon on the map.

While trying the app, I noticed that if the app is opened while playing the game, it will not show the nearby Pokemon when I travel from my initial location. I had to close both apps and open it again to see more Pokemon locations. So just tap on the notification when the Pokemon you want is nearby and keep the Smart Poke 2 closed. The app may not work if the Pokemon Trainer Club website is down. You can turn off the notification from the settings or it will become really annoying receiving notifications even when you not playing the game.

I hope it helps everyone to hunt down all the surviving Pokemon on the earth. If you know any other great methods, feel free to leave it in a comment!

Now you can play Pokemon Go by Using Fly GPS Pokemon Go Joystick Tweak. Download Fly GPS for iPhone, iOS 12/11, Android to Utilise the. This will guide you to fake your location in Pokemon Go on iPhone. Use Pokemon Go joystick on iOS, without jailbreak. Install PokeGo++ without computer. – fly gps ios for iPhone Pokemon Go Download.

We have the right app for every device! Air Navigation Apps Air Navigation Pro is a flight planning and real-time aircraft navigation application with 2D moving map and 3D synthetic vision for iPhone, iPad and Android devices. Air Navigation Apps support free charts of almost the entire world as well as commercial aviation VFR charts for many countries. The application costs a fraction of the price of a dedicated portable aviation GPS and will help you to plan your flight, saving you time and money. It also offers you a wide range of products such as free OpenStreetMaps, commercial charts, obstacles subscription packages, topographic maps and much more.

Nobody imagines going anywhere without their phones. We are all connected with social media through our phones as well. Location tracking is an important part of phones and it involves using the GPS signal from the phone to track the user’s location.

Pokémon Go uses GPS to determine where you are and to figure out which Pokémon are nearby. There are apps for iPhone and Android that. Pokemon Go Location Spoofing Apps for iPhone, iPad, and Android Flying GPS Joystick lets you to Play Pokemon Go Location Spoofing Game with. We love flying! We specialize in software development for the iOS, Mac OS X, Windows and Web platforms. With a As a pilot my situational awareness is greatly enhanced by using this app correctly, compared to traditional GPS units.