You can also order hard copies of the game for all of the consoles it will be released on – including PS3 and Xbox – from various retailers in the UK and US. Click here for Konami’s guide to buying options in each country and region. The absence of Messi may be partially due to the Neymar situation. 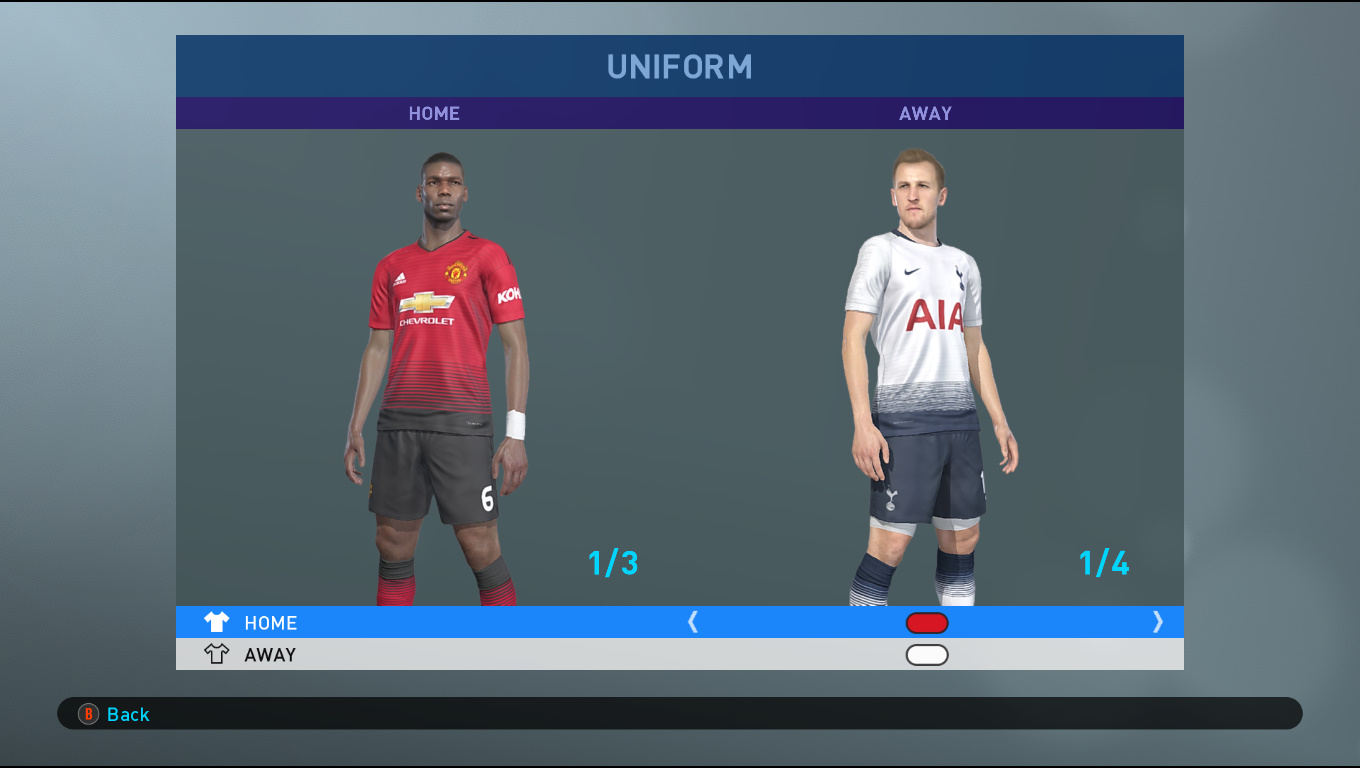 “Good news” for PES 2018 in terms of licenses at Gamescom

PES is truly a fantastic game, but it can be even better. Here’s our guide on how to install all the official team and player names, kits, competition emblems and more.

Every year a new PES game comes out, and every year it has the same problem – few to no licences. However, there’s a workaround for this and it’s very easy to do if you have a PS4. If you have an Xbox One though, that’s kind of a bummer because the method that we’ll show you is exclusive to PlayStation 4.

PC players of course have it best, as usual. They can just download any custom option file or mod from the internet, install it, and they’re good to go. After you download the file, simply extract it to a USB stick. Now let’s move on to what you have to do on the PS4.

In case you’ve never made any changes to the game, you can skip this step. Sony Path to Saved Data. Then start up the game, and go to Extras and then Edit. Here, you will get a screen asking you to create Edit Data. Hit yes and then just wait until the Edit Data is created. Konami Edit Data creation. Hit Import Team, and then select all files by pressing the square button and then hit next. Make sure to only select the option of overwriting image files and leave the other boxes unticked.

Then just hit okay and wait until all the team bins are imported. This process can take up to ten to twenty minutes, depending on the speed of your USB, so just be patient and have some tea in the meantime. Konami Hit the square button to add all teams at once. When that is done, hit the circle button to go back to the Data Management screen because the game is known to crash at certain points when importing all the teams.

So, just to be on the safe side, save any changes you make every now and then, because you don’t want to start from scratch in case the game crashes. You now have every single competition fully licensed. Again, after importing the competition emblems, make sure to save your progress – better safe than sorry. Note that this patch works in both offline and online modes, so say goodbye to Man Red and Man Blue forever.

Video: How to install official kits and team names on PES 2017

If you want to play PES as though it’s a fully licensed game, you need to spend time in the game’s editor menus and change things for. Twelve additional clubs are licensed in the game without despite appearing in PES as additionally licensed clubs. If you’re a PES fan you’re probably used to the grumbles surrounding the Pro Evolution Soccer series’ lack of licensed kits and badges.

PES is truly a fantastic game, but it can be even better. Here’s our guide on how to install all the official team and player names, kits, competition emblems and more. Every year a new PES game comes out, and every year it has the same problem – few to no licences. However, there’s a workaround for this and it’s very easy to do if you have a PS4.

Which leagues have official licenses in PES 2018?

Gameplay[ edit ] PES is a sports game that simulates football. PES ‘s Magic Moments feature is set to be the forefront of its gameplay.

All 20 teams from Brazilian league, including Corinthians and Flamengo, will be fully licensed in PES Check out this video. Also Coutinho has been. Official Partnership. FC BARCELONA. Borussia Dortmund. Liverpool FC. VALENCIA CLUB DE FÚTBOL. FULHAM FC. CR FLAMENGO. SC CORINTHIANS. Pro Evolution Soccer or PES was recently released, and our review for the game is already out. While the football simulator performs great, one thing .